Nutrition Information for 1/4 Cup of Walnuts 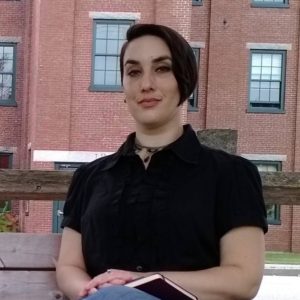 According to the Cleveland Clinic, you should eat about 1/4 cup of nuts per day. That's about an ounce of walnuts or between 12 and 14 halves. There are many walnuts benefits, ranging from being a rich source of antioxidants to advantages for mental health.

You should eat about 1/4 cup of nuts per day.
Credit: ajma_pl/iStock/GettyImages

According to USDA walnut nutrition data, a 1-ounce serving or 14 halves of walnuts provide you with 185 calories and 18.5 total grams of fat. This might seem like bad news, given the bad rep fat generally has.

It's also interesting to note that walnuts are a very special kind of a nut when it comes to their omega-3 fatty acid content, which is another notable walnuts benefits. A 1-ounce serving of walnuts contains about 2.5 grams of omega-3 fatty acids, according to California Walnuts. This is the highest level of omega-3 fatty acids you'll find in any type of nut. Walnut's closest competitor, the pecan, has a surprising five times less.

One ounce of walnuts also provides you with 4.32 grams of protein, 3.89 grams of carbohydrates and 1.9 grams of fiber. The Mayo Clinic notes that fiber is essential to a healthy diet and that it can relieve or even prevent constipation and help you maintain a healthy weight, as well as lower your risk of heart disease, diabetes and some types of cancer.

When it comes to the minerals and vitamins, walnuts are significant sources of several. One ounce of walnut halves provides you with 0.45 milligrams of copper, 98.1 milligrams of phosphorous, 0.825 grams of iron and 0.152 milligrams of vitamin B6.

Copper is important for energy production, neurotransmission, iron metabolism and connective tissue maturation, according to the Linus Pauling Institute of Oregon State University. The Linus Pauling Institute also notes that phosphorous is important for bone mineralization, cell signaling and energy production and that vitamin B6 may help reduce the risk of cardiovascular disease and late-life depression.

Read more: 9 Healthy Nuts That May Help You Live Longer

A November 2016 randomized, double-blind, placebo-controlled study published in the journal Nutrients showed that walnuts were able to improve mood in healthy males who were not depressed. Females in the study did not see any effect on mood.

Another study published in Nutrients, this one in the January 2019 issue, showed that depression scores were significantly lower among people who eat nuts, particularly walnuts, when compared to people who don't eat nuts_._

In addition, a December 2014 cross-sectional study published in the Journal of Nutrition, Health & Aging showed that eating walnuts is associated with better performance on cognitive function tests, including tests for memory, information processing speed and concentration. The study showed that age, ethnicity and gender did not matter. Memory and concentration improved in those who consumed walnuts.

The most common varieties of walnuts are black walnuts and English walnuts, according to the Green Cuisine Trust. Walnuts are usually harvested from August through November and are stored with their shells intact so that they can stay suitable for sale and consumption for the rest of the year.

Thus you can go to a grocery store and buy shelled walnuts during fall and winter. They do, however, need to stay in their shells to last longer, which means that if you want walnuts year-round, you're better off buying the unshelled varieties, which are typically sold in bulk.

Regardless of whether your walnuts are shelled or unshelled, store them in an airtight container at a cool temperature. You can put them in the refrigerator only if you'll eat them a few days after you buy them. If you want to store them for longer, it's better to keep them in the freezer.

What are the Health Benefits of English Walnuts vs. Black Walnuts?

Which Nuts Have Omega-3 Fatty Acids?

How to Salt & Roast Walnuts

Can Walnuts Upset Your Digestive Tract?