Are Potato Chips Made With Avocado, Olive or Coconut Oil Any Healthier? 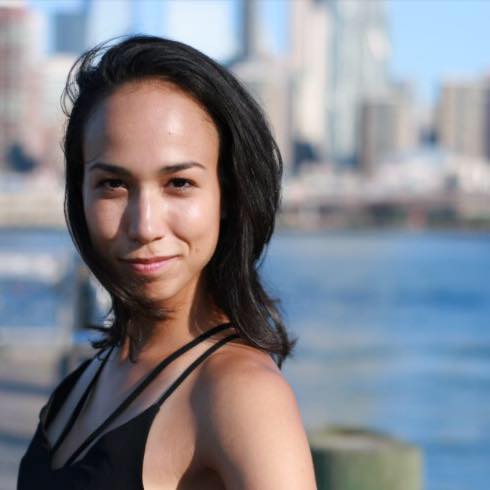 Adrianna is a NY based dancer and writer When she is not dancing or producing a performance with her company, TREES, she is writing for Huff Post, Dance Magazine, or Livestrong.

The origin of the potato chip is highly debated, with some claiming it was accidentally created by a chef who overcooked an order of fries in 1853 Saratoga Springs, according to JSTOR Daily. Others claim a potato chip recipe appeared around 1817 in William Kitchiner's book, The Cook's Oracle.

Brush up on which potato chips are best before you stock up.
Credit: Pavlo_K/iStock/GettyImages

In either case, what we can all agree on is that the potato chip is a delicious snack that has evolved in its branding, preparation and perhaps nutrition value since its 1800s beginnings.

With the rise in health-aware consumers and the addition of new brands besides just the traditional Lay's and Pringles on store shelves, companies are using alternative oils rather than the standard canola, sunflower and/or corn oil popular snack brands usually opt for. So, we spoke to a dietitian to get the low-down on whether chips made with avocado, olive and coconut oil are any healthier.

Which Cooking Oil Is Best?

"While some oils are healthier than others, the type of oil used in potato chips won't make a huge nutritional difference or significance for overall health," Rahaf Al Bochi, RDN and spokesperson for the Academy of Nutrition and Dietetics, tells LIVESTRONG.com.

The thing is, many chip brands that opt for healthy oils like avocado and olive oil usually have shorter ingredient lists, too — so you likely won't get any of the artificial colors or flavors you'd normally find in traditional chips.

As with any snack, the amount you eat is key and "chips made with avocado oil or olive oil may be slightly healthier options — but in the end, potato chips should be enjoyed in moderation, regardless of the oil used."

If Bochi were to make chips at home, her go-to would be avocado oil because of its health benefits and its ability to withstand higher temperatures. Olive oil is her next best option since coconut oil has a higher percentage of saturated fat, which is associated with heart disease when consumed in high amounts.

Read more: Which Cooking Oil Is Best? The Pros and Cons of 16 Kinds

If you're going to make your own homemade potato chips, be sure to not only use avocado oil, but also watch the amount of salt you add and how much you eat. Bochi reminds us, again, to keep in mind that as satisfying as the classic snack may be, moderation is the key.

Now, let's provide some additional clarity and information on these three different types of oils.

Avocado oil is made from pressing avocado pulp, and its health benefits include reducing cholesterol and promoting heart health. Rich in healthy fat, vitamin A and lutein, an antioxidant for the eyes, avocado oil is made up of 71 percent heart-healthy monounsaturated fatty acids, according to a May 2013 review in Critical Reviews in Food Science and Nutrition. In addition, avocado oil has the highest smoke point of all plant-based cooking oils at 510 to 520 degrees Fahrenheit.

Studies have shown that when olive oil is used to fry food, it does not affect the nutritional value as much as other oils do. In fact, a December 2015 study in the journal Food Chemistry found that frying food in extra-virgin olive oil helps food retain more nutrients than when the food is boiled.

Of the three, virgin coconut oil is considered to have the most health benefits, as it is removed without unnatural chemical processes from the fruit of fresh, mature coconuts. Although it is the most beneficial, virgin coconut oil is not always an available option at major supermarkets. When the correct type is used — and used sparingly — coconut oil raises "good" HDL cholesterol in the body, according to Harvard Health Publishing. So make sure to check which type of coconut oil your bag of chip boasts.

Read more: How to Replace Butter for Coconut Oil in Baking

See if you can find some of these different options the next time you are at the supermarket. All of these brands boast better-for-you ingredient lists.

Kettle's avocado oil bag carries 6 grams of total fat and 1 gram of saturated fat per serving and the chips are made with just three ingredients.

Good Health offers an equally enjoyable option cooked with with olive oil. The brand doesn't exactly specify which type of olive oil is used, but one serving comes with 8 grams of total fat and 1 gram of saturated fat.

Jackson's Honest chips contain the most grams of fat with 9 grams and 7 grams of saturated fat thanks to the coconut oil. The tropical oil gives these slow-cooked chips a slightly sweeter taste.

What Are the Healthiest Potato Chips?

Why Are Chips Bad for You?

How to Cook Raw Potatoes in Minutes to Make French Fries