Does Running on the Beach Really Burn More Calories? 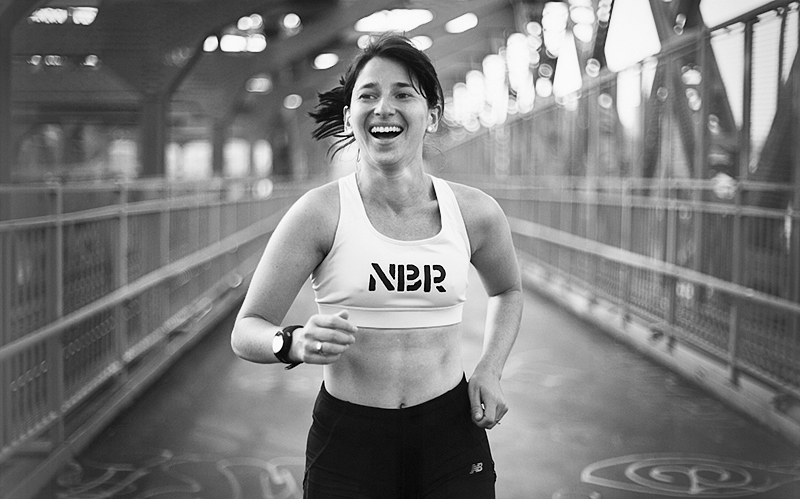 Heather Mayer Irvine is the author of The Runner’s World Vegetarian Cookbook (2018) and the former food and nutrition editor for Runner’s World magazine. Her work has appeared in national publications, including in Runner’s World, Bicycling, Health.com, and Cooking Light. She is an avid runner who has never met a burger or ice cream sundae she didn’t like. heathermayerirvinewrites.com

Think back to the first time you ever ran on the beach (or any other place you usually find sand). It was probably way more work than you'd expected, right? Running on the sand is like climbing stairs: No matter how fit you think you are, you're suddenly, inexplicably breathless after just a few steps.

Sure, running on the beach feels harder, but does it actually burn more calories?
Credit: Joe Klementovich / Aurora Photos/Aurora Open/GettyImages

What gives?! The bottom line is that the softer your running surface is, the harder your body has to work to move forward, says Janet Hamilton, CSCS, owner of Running Strong. On a firm surface, like asphalt or concrete, every time your foot hits the ground, the ground pushes back so you can take another step.

"When you shift to a softer, more compliant surface like sand, your foot goes through a greater range of motion because the ground gives way underneath it," she says. "And the ground isn't giving back all of the force you're giving it." As a result, your muscles (and your heart) are working harder, even if you're running at a much slower speed, Hamilton says.

Running on sand is definitely harder, but the extra calories burned isn't exactly clear. One study suggests you burn 1.6 times more calories compared to running on the road, while another suggests the increase is closer to 10 percent. Use a heart rate monitor or running watch to get a more personalized estimate of calories burned.

Running on Sand vs. Street: Which Burns More Calories?

With road running, you burn about 100 calories a mile, depending on how fast you're moving, as well as your weight and height, according to the American Council on Exercise. Running on sand definitely makes your body work harder, but the number of calories burned per mile isn't exactly clear.

While there are a variety of factors at play, Hamilton says one reason for the inconsistency is that your normal 8-minute mile pace on the road might become a 10-minute mile on the sand, even if your body feels like it's working just as hard (or harder!).

But if you train using a heart rate monitor, compare your normal pace on the road to that same pace on the beach and you'll net a much higher heart rate on the sand. And that means burning more calories.

Read more: Treadmill vs. Running Outside: What's Better for You?

After logging a few miles on the sand, it might feel like you've used muscles you never knew you had. But that's not actually the case, Hamilton says. Rather, the same muscles are working harder and a little differently, as you body makes slight alterations to accommodate the new running surface.

For example, Hamilton says people might complain about their calves hurting or developing shin splints after running on the beach. It's not that those muscles aren't used on the road, but because your foot went through a greater range of motion on the sand, your muscles had to work harder.

So, Is Running on the Beach Better?

Every workout has a purpose, Hamilton says. While you may be able to get a harder workout running on sand, that doesn't mean it's always better than pounding the pavement. "Different surfaces have their benefits and drawbacks," she says, and thus challenge us in different ways.

However, if you're not used to running on anything but concrete or a treadmill, heading to the beach for a few miles can result in injury, Hamilton says. The harder surfaces you're used to mean more stress on your bones, but switching to a softer surfaces shifts the stress to your tendons.

In order to get your body acclimated before running on the beach, Hamilton recommends running once or twice a week off-road. Run on the grass for 30 minutes or a softer trail alongside a river, which forces you to watch your footing and gets your body used to the uneven terrain.

"I like to encourage people not to go with just one surface," Hamilton says. "Mix it up, because you get benefits and challenges from each kind of surface you run on." When you do hit the sand, Hamilton recommends running on the packed sand closest to the water where it's a little firmer.

Read more: How to Take Your Run From Treadmill to Trail

As much as you may want to kick your shoes off and soak up the beach vibes, Hamilton recommends keeping your shoes on if you don't regularly run barefoot. In addition to protecting your feet from the sharp objects that may lay beneath the sand, shoes provide a bit more stability on unstable ground.

"If you're 30 and you've spent your entire life in shoes and you're rarely barefoot in the house, I'd be really reluctant to have you jump in to running 30 minutes in the sand barefoot," she says. "That's an invitation for trouble. Not that running barefoot is bad, but it's how novel of an activity is it."

Running on the Sidewalk vs. the Street

Pain With Running on Hard Surfaces

The Best Shoes for Running on Grass

What Surface Is Best for Jumping Rope?

What Muscles Does Running Build?