Vape Pen vs. Cigarettes: Is Vaping Bad for Your Health? 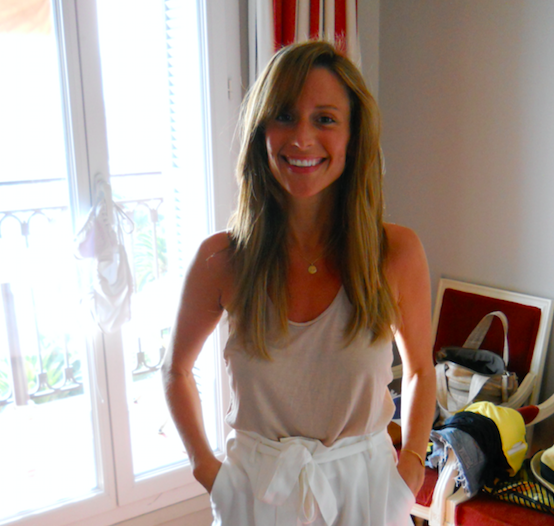 Nicole Fabian-Weber is a writer living outside of New York City with her husband and three children. She loves home design, yoga, and apparently clichés.

When it comes to statistics, few are more dismal than those surrounding smoking cigarettes. According to the Centers for Disease Control and Prevention, smoking is the leading cause of preventable death worldwide, resulting in about 6 million tobacco-related deaths per year. In addition, for every person who dies of smoking, at least 30 more people are living with a smoking-related disease, such as cancer, heart disease, lung disease, diabetes, emphysema and chronic bronchitis. Talk about dangerous!

Electronic cigarettes are said to help smokers let go of their regular cigs. But are they delivering?
Credit: Twenty20/@rusty

As an allegedly healthier replacement for the combustible cigarette, the vape pen — or electronic cigarette (e-cig) — has been garnering plenty of attention. But is the e-cig as innocent as it seems? Do e-cigs help smokers ditch their beloved cigarettes? According to the experts, not necessarily. In fact, vaping may be bringing about a whole new host of problems.

Recently, the Food and Drug Administration declared vaping an epidemic among teenagers, and threatened to order five major e-cig manufacturers' products off the market unless they provide proof of doing enough to keep their products away from teens. Here is what you should know about the controversial cigarette pens.

Read more: List of All Chemicals in Cigarette Smoke

E-cigarettes and Vaping: What Are They?

It's likely in the past few years that you've driven past a vape shop. Perhaps you've even wondered what it was. Vape shops, like vaping itself, have been cropping up more frequently in the U.S. in recent years. But what exactly is vaping? And what is an e-cig? Here is a crash course:

Invented in 1963, e-cigs — or vape pens — weren't commercialized until recently. In 2003, Chinese inventor and pharmacist (and three-pack-a-day smoker) Hon Lik created the modern e-cigarette after his father died of lung cancer. The e-cigs were introduced to the U.S. in 2006, but they gained popularity in 2010 when they became more affordable and widely available. Electronic cigarettes, also known as vaporizers, are essentially battery-operated "cigarettes" that give the sensation of smoking — without the tobacco.

There are more than 400 types of e-cigs available today. They vary in appearance, resembling anything from regular cigarettes to USB sticks. Most of them have four components: A cartridge, which contains a liquid mixture of nicotine, flavorings (think strawberry, gummy bear, creme brulee) and other chemicals; an atomizer, which is responsible for heating the solution; a power source (usually a lithium battery); and a mouthpiece used for inhaling. In most vape pens, when a person puffs on the mouthpiece, the atomizer is activated and the liquid in the cartridge is vaporized and inhaled, hence, "vaping."

Although vape pens don't contain tobacco, nicotine is highly addictive. When a person vapes, the nicotine is released from their lungs into the bloodstream and both adrenaline and dopamine are released, which reinforces rewarding behavior. In other words, people can become addicted to vaping just as they can to smoking cigarettes. Since e-cigs contain nicotine derived from tobacco, the Food and Drug Administration announced a rule in 2016 that makes it so all electronic cigarettes are subject to government regulation, as is the case with cigarettes. They also ruled that e-cig purchasers must be at least 18 years old.

Why Are E-cigs Considered Better?

Most people considering vaping are probably wondering: Is vaping bad? Is it at least better than smoking tobacco-containing cigarettes? Because they lack tobacco, e-cigs were initially marketed as a safe and effective smoking-cessation aid. In 2008, a study funded by e-cig manufacturer Ruyan found vape pens to be 100 to 1,000 times less harmful than smoking tobacco. Ruyan claimed that when using its product, nicotine is "apparently not absorbed from the lung, but from the upper airways."

In some cases, e-cigs do seem to fulfill their supposed initial purpose: Help people quit smoking. In 2011 a study of 3,500 vape pen users revealed that 79 percent of ex-smokers in the study were afraid to stop using e-cigs out of fear of going back to cigarettes. And another smaller study that same year showed that out of 216 e-cig users, 31 percent were completely tobacco-free at six months and 66 percent cut back on smoking traditional cigarettes.

Yet another study in 2017 discovered that people who work in or own vape shops frequently tell customers that vape pens can help people quit smoking and that e-cigs are healthier than conventional cigarettes.

Read more: Why Smoking Is a Bad Habit

The jury is still out on whether or not vaping is safer than smoking regular cigarettes.
Credit: Stocksy/Neil Warburton

What Do the Experts Say?

As far as whether or not vaping is safer than smoking tobacco, the jury is still out. Ana Rule, an assistant professor of environmental health and engineering at Johns Hopkins Bloomberg School of Public Health, co-authored an e-cigarette study earlier this year, and she isn't convinced e-cigs are safer than traditional cigarettes. "I don't think we know if e-cigarettes are less harmful than cigarettes," Rule says. "There are some studies that indicate that e-cigs emit lower concentrations of many of the known toxic substances than cigarettes, but other studies, like ours, have found that some of the carcinogenic compounds in e-cigs are in the same or similar concentrations as in cigarettes, and there are other toxic or potentially toxic compounds in electronic cigarettes that we are just beginning to study, which are not even present in cigarettes."

Rule also notes that many of the health effects of carcinogens and other toxic compounds take decades to manifest. "We cannot positively say that e-cigs are safer yet, since vaping devices have not been on the market more than a decade or so."

Moreover, "nicotine is addictive, so people that are using nicotine in their devices are getting addicted to it, and thus to vaping," Rule says. "This is especially true for newer devices called PODS that are only offered as a nicotine delivery device." (Note: Some e-cigs claim to be nicotine-free, but studies have found even those to contain some amount of nicotine.)

Other research is much more bleak. One 2013 study showed minimal evidence that e-cigs helped people kick their cigarette habit at all, while another study found that when teens and young adults start using vape pens, they're actually more likely to take up traditional smoking as they get older. This is especially troubling because brain development is crucial during the teen years. One study found that, because of the way nicotine affects the development of the brain's reward system, teens who use e-cigs can become addicted not only to cigarettes in the future, but also other drugs like cocaine and methamphetamine.

Some things that could be lurking in your e-cigs? Lead, nickel and toxic metals.
Credit: SolStock/E+/GettyImages

In 2015, a New England Journal of Medicine study found that certain e-cigarettes release formaldehyde, a carcinogen, when heated by high-voltage batteries. For her part, Rule's study found lead, nickel and toxic metals in the vapor produced by e-cigs. "Nickel is part of most heating coils. Occupational studies have reported an increased risk of lung and nasal cancers from exposure to inhaled nickel refinery dusts," said Rule, who also found chromium and manganese (which is linked to an irreversible Parkinson's-like disease called manganism) in e-cigs, notes.

But what effect does lead have on humans? Well, it isn't good. The International Agency for Research on Cancer classifies inorganic lead as a probable carcinogen to humans, with the main toxicity affecting the brain and nervous system. "We are not sure where lead is coming from in e-cigarettes," Rule says. "Maybe soldering of the metal parts or as contamination or poor quality control in the manufacturing chain."

The study also found arsenic in 10 of the 56 samples. "We are looking right now into which factors or e-cig characteristics are related to arsenic being present," Rule notes.

It's also worth noting that the American Pregnancy Association advises against using a vape pen while pregnant. "Nicotine is an addictive substance that is toxic to reproduction and interferes with fetal brain development," a warning on their site states. "It may also adversely affect fetal lung development and increase the risk of SIDS (sudden infant death syndrome)."

Bottom line? There's still a lot of research that needs to be done on whether or not vape pens are safer than cigarettes. But in the interim, things aren't looking very good.

Side Effects of Cigars

Teas to Help You Stop Smoking