What Really Happens to Your Body When You Stop Eating Sugar? 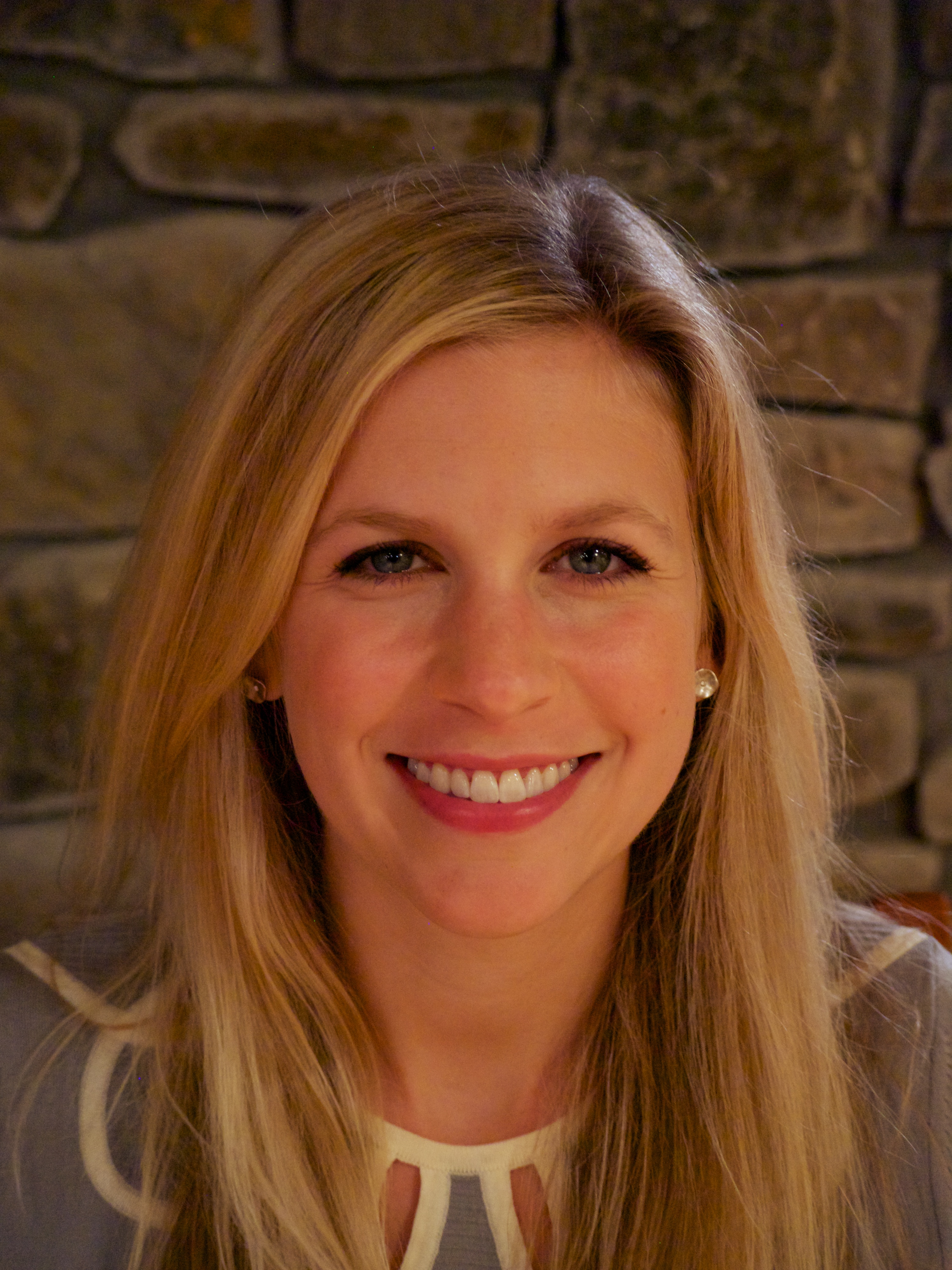 Molly Triffin is a freelance writer and editor based in Stowe, Vermont. Her work has appeared in SELF, Women's Health, Elle, Teen Vogue, Redbook, The Food Network Magazine, and more. She is the former features director of Cosmopolitan and current editor-in-chief of Spruce Life, a Vermont-based lifestyle magazine.

You know sugar's not great for you, but it's 3 p.m. and you've hit the wall. What the heck, you figure, as you rip open a package of Swedish Fish or crack a can of Coke for a quick pick-me-up.

Eating less sugar may reduce your chance of breakouts and even slow down your skin's aging process.
Credit: PeopleImages/E+/GettyImages

If this sounds familiar, you're not alone. The average American consumes about 20 teaspoons of added sugar each day, according to the University of California San Francisco. That's more than double the limit recommended by the American Heart Association (AHA): 6 teaspoons per day for women and 9 for men.

But can nixing your sugar fix really make that much of a difference when it comes to your health? As it turns out, yes: Cutting back on added sugar (the kind found in sugary drinks and baked goods) has a positive effect on virtually every part of your body, from your heart to your mental health to your physique. Just check out all the sweet rewards.

Read more: If You're Trying to Cut Sugar, This May Be the Most Important Place to Start

We're not going to candy-coat it. Sugar withdrawal is rough — but it also sets into motion long-lasting mood improvements.

Here's how it works: When you eat sweets, your body releases a surge of opioids, or mood-boosting substances, along with dopamine, a neurotransmitter that stimulates the reward center of your brain. In other words, it sets off a feel-good rush that you get hooked on.

Saying no to sugar means you won't get the intense hit your brain is used to, which can make you moody and irritable, triggering headaches and intense cravings. "You're experiencing the effects of acute withdrawal, similar to someone who quits smoking or drinking," says Nicole Aveena, PhD, an expert in nutrition, diets and addiction, and author of Why Diets Fail. But don't cave — these unpleasant sensations only last a week or two.

During this period, the old adage out of sight, out of mind can keep your sweet tooth at bay. "If you're around foods you are trying to avoid, you will be constantly reminded of them," Aveena says. So you may want to toss the sugary snacks in your cabinet and avoid the junk food aisle at the grocery store. You'll also have more success if you go sans sugar during a low-key time. "Stress makes sugar more difficult to resist," Aveena points out.

"Sugar causes an inflammatory response in the brain, which plays a role in anxiety and depression. After a few weeks without sweets, your brain will return to baseline and your mood will even out."

But before you know it, skipping sweets won't feel like an uphill battle. How come? High sugar consumption stimulates your brain to produce a greater number of opioid and dopamine receptors, leading to more cravings. When you reduce your sugar intake, your brain creates fewer receptors. "Those neurochemical changes make it easier for you to ignore the urge when you see someone eating a delicious treat, or smell something from your favorite bakery," Aveena says.

Plus, in the long run, less sugar intake seems to be linked to better mental health. A July 2017 study in Scientific Reports, for example, found that men who ate 67 or more grams of sugar a day had a 23 percent higher risk of depression after five years. And other research, published August 2015 in the American Journal of Clinical Nutrition, identified an association between higher consumption of added sugars and greater risk of depression for women.

Not only does eliminating sugar reduce spikes and dips in dopamine and opioids, which can wreak havoc on your state of mind, but "sugar causes an inflammatory response in the brain, which plays a role in anxiety and depression," Aveena says. "After a few weeks without sweets, your brain will return to baseline and your mood will even out."

We heart this news: A May 2017 review in the American Journal of Clinical Nutrition found that reducing your sugar intake lowers blood pressure.

Plus, cutting back on the sweet stuff may also reduce your risk of heart disease, according to the AHA.

Prone to pimples? Research published April 2016 in the journal Advances in Dermatology and Allergology discovered that a high-sugar diet exacerbates zits. "Insulin triggers elevated levels and activity of the hormone IGF-1, which has been linked with increased acne severity and sebum production," says dermatologist Sonia Batra, MD, MPH. "When you stop eating large amounts of sugar, your pancreas releases less insulin, which can decrease breakouts."

Saying sayonara to sweets may also slow your skin's aging process, per a paper published November 2015 by the Baylor College of Medicine's Department of Dermatology. "Excessive sugar in the bloodstream attaches to proteins such as collagen and elastin to form harmful new molecules called advanced glycation end products, or AGEs. AGEs damage collagen and elastin, causing them to become dry and brittle, which leads to wrinkles and sagging," Dr. Batra says. "The less sugar you eat, the fewer AGEs you develop."

Nixing sugar from your diet may help you lose weight.
Credit: stockvisual/E+/GettyImages

Drop the sugar and you'll likely drop some pounds, too. According to a January 2013 meta-analysis in the BMJ, people who ate less sugar lost an average of 1.8 pounds over the course of 10 weeks to six months, while those who increased their intake gained about 1.7 pounds in less than eight weeks. It might not sound like a ton, but it sure adds up over time.

When you're eating a balanced diet, your gut will alert your brain when you're hungry and satiated. But when you're jonesing for a cookie, this communication system goes haywire. "Sugar targets the pleasure center of the brain, driving you to keep eating, even if you're not hungry," Aveena says.

And that's not all: "Sugar lowers testosterone and leads to higher levels of estrogen, which decreases muscle mass and increases belly fat," says Mark Hyman, MD, medical director at the Cleveland Clinic's Center for Functional Medicine and author of the book Food: What the Heck Should I Eat? "Plus, it can result in leptin resistance, making us desensitized to the hormone that tells us we are full."

In short: Kicking sugar to the curb can help whittle down your waistline.

Especially during cold and flu season, you need all the help you can get to stay healthy. "Studies have shown that refined sugars can suppress your immune system for hours after consumption — they down-regulate your white blood cells' ability to fight viruses," Dr. Hyman says. "So when you cut out or minimize processed sugar, those cells are more ready and able to take on invaders."

Sugar also alters your microbiome, which is an important part of your body's defense system and helps you ingest vitamins and minerals needed for your immune cells to work properly. "When our gut bacteria is imbalanced, this causes inflammation and puts us at risk for all sorts of chronic diseases, including autoimmunity," Dr. Hyman says. "Once we stop eating sugar, we stop feeding certain bad bacteria and fungi in the gut, reduce inflammation and allow the beneficial bacteria to regain balance so they can fight pathogens and absorb nutrients."

Digestion 101: When you eat a meal, your pancreas releases insulin, a hormone that helps you metabolize the glucose from your food into energy to fuel your body and brain. Your pancreas also monitors the amount of glucose in your blood; if the levels are too low, it sends your brain a message that it's time to eat.

But if you're a sugar addict, your glucose levels are all over the place. "Your blood sugar levels go up and down like a roller coaster, so you see rapid spikes of energy, followed by lethargy," Aveena says. "In contrast, if you stick to low-glycemic foods, you will have a slow and steady glucose release." Instead of a sugar high, you'll feel a constant stream of energy all day long.

Limiting added sugar can help you avoid blood sugar crashes during the day and get better sleep at night.
Credit: Peopleimages/E+/GettyImages

You probably know that easing up on booze makes your liver happy, but a May 2018 study in the Journal of Hepatology revealed that reducing sugar can also curtail harmful fat accumulation in this vital organ.

According to UCSF, fructose (which is found in nearly all kinds of added sugar) is processed in the liver. Your liver can handle modest amounts of fructose, but the vast quantity in refined sugars overloads your system, which transforms the excess into fat globules around your belly and internal organs.

That's why sugar is a major driver of non-alcoholic fatty liver disease, or NAFLD: a buildup of fat cells in the liver. In some cases, NAFLD can develop into a more serious condition called non-alcoholic steatohepatitis, which can lead to inflammation, scarring or even cirrhosis. Getting rid of sugar gives your liver a break.

"Sugar is the number one cause of kidney failure," he says. "Uncontrolled high blood sugar can damage the blood vessels of the kidneys and destroy their ability to filter the blood, allowing toxins to build up — this leads to type 2 diabetes and obesity, which are both major risk factors for kidney disease."

Read more: Why Your Diet Can Kill Your Libido — and What to Do About It

Turns out your morning doughnut habit can negatively affect your sex drive.

"Sex hormones, healthy blood sugar and insulin balance are more intimately linked than you might think," Dr. Hyman says. "Sugar raises insulin and creates a hormonal domino effect. It lowers testosterone and leads to higher levels of estrogen, which can really knock down desire in both men and women."

Ready to Slash Your Sugar Habit?

Check out a dietitian-approved detox plan that includes nutritious and delicious foods to help you quash the cravings for good.

Why Does Sugar Make You Hyper?

I Feel Bad After Eating Sugar

How to Reverse the Damage of a Sugar Addiction

Is Eating Too Much Sugar Bad for the Pancreas?

Eating Candy on an Empty Stomach