Want to Try the Cereal Diet? Here's What to Know to Get It Right 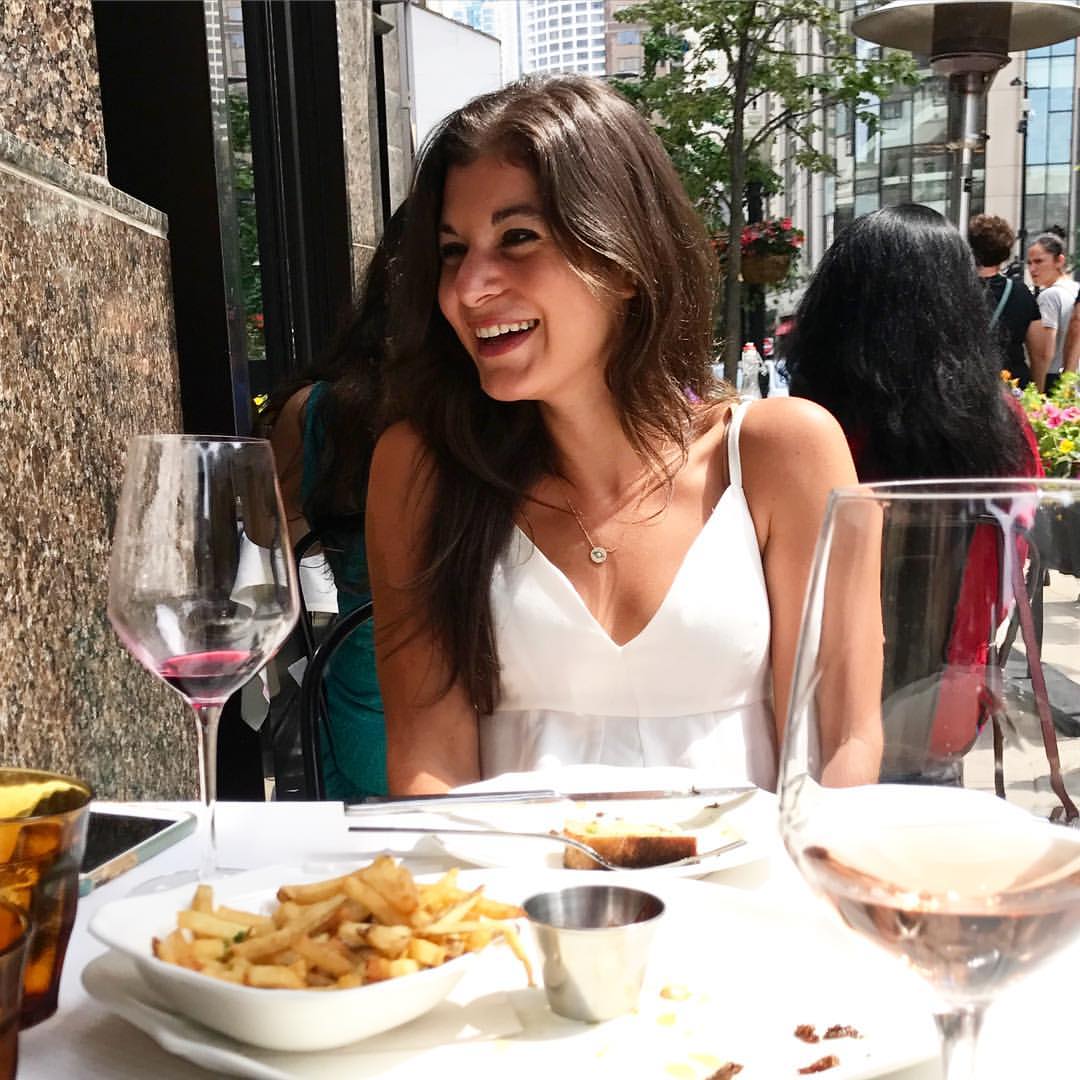 Isadora Baum is a freelance writer, certified health coach, and author of 5-Minute Energy. She writes for various publications, including Men's Health, SHAPE, Women's Health, Cooking Light, Health, POPSUGAR, and more. She can't resist a good sample, a margarita, a new HIIT class, or an easy laugh. Learn more about her on her website: isadorabaum.com.

If you're a cereal fan, then the idea of a cereal diet might sound super appealing. I mean, you're basically eating your favorite breakfast food multiple times per day. What's not to love?

A cereal diet typically encourages followers to replace one or two daily meals with a bowl of cereal and milk.
Credit: Povareshka/iStock/GettyImages

But can eating cereal all day actually help you lose weight? And is this dieting approach safe, or even good for you? Here's what the experts have to say.

What Is the Cereal Diet?

"The cereal diet can mean a few different things, but the most popular method involves eating only cereal for two meals per day (ideally breakfast and lunch) and then enjoying a healthy third meal (usually dinner) consisting of vegetables, fruits, whole grains and lean protein sources," says Alex Lewis, RD, LDN, a dietitian for Baze. You can also eat a few low-calorie snacks during the day, such as fruit, vegetables, low-fat yogurt or a cereal bar.

When it comes to your bowl of cereal, the diet dictates one serving per meal with a half cup of low-fat milk, Lewis says.

As for the diet's origin, you can thank Kellogg's for that. "It became popular when Special K promoted it a few years back with their 'Special K Challenge' (although the company no longer promotes this)," Lewis says. "The cereal diet does not have a recommended timeframe, but the Special K Challenge was intended to be followed for about two weeks," she adds.

In other words, the diet was developed as a short-term weight-loss aid rather than a sustainable diet for the long haul.

Can You Lose Weight Eating Cereal?

If you're sticking with one bowl and a single serving of cereal per meal (no pouring freely from the box, here), then yes, you should lose weight, since you'll very likely be eating fewer calories than you normally would.

"For most people, if you eat fewer calories than what you normally eat, weight loss will occur. The cereal diet is not touted as a low-calorie diet, but two cereal-based meals (depending on the cereal) plus one more balanced meal will be pretty low-calorie compared to what someone was eating prior," Lewis explains.

Regarding research, there was one study on the Special K Cereal Challenge, published January 2016 in the Journal of Nutritional Health and Food Science, that showed significant weight loss after two weeks for the group following the diet compared to the control group. So, some evidence is there for short-term, rapid weight loss.

There isn't any research on sustainable weight loss, though, or any other examples of proven effectiveness for weight loss outside of the Special K Challenge. "I don't believe there have been studies done in the long run to see whether or not people who completed the cereal diet after two weeks continued to maintain their weight loss over a longer period of time, like six months to a year," Lewis says. "That is the major concern with these short-term diets — people typically go back to their old way of eating afterward, which likely will result in putting the weight back on and possibly even more weight than before the diet began."

To sum it up, yes, you'll likely lose weight in the short-term, but it might be quick and not maintainable once you start eating regularly again.

Read more: What Really Happens to Your Body When You Yo-Yo Diet

Are There Any Benefits to the Diet?

When it comes to pros, the diet could help you get on the path to losing weight, as it's a good motivator with a strict eating plan and schedule. "Many people do well in the short term following a set plan, and the cereal diet certainly fits that bill. It's fairly simple to follow and people tend to do well when given initial guardrails," says Lewis.

"It can initially reduce stress, since you don't need to think about what to eat," adds Kelly Jones, RD, LDN, a board-certified sports dietitian.

What's more: "Another pro could be an increase in whole-grain and fiber intake, if you're selecting the right cereals," Jones adds. And that's even more true if your diet prior was lacking in fiber and whole grains. Look for cereals that list whole grains on the label and include fiber-rich ingredients like almonds and flaxseed.

What makes a healthy approach? "For those who are new to healthier eating, choosing a high-quality cereal (one with whole grains and low sugar, like plain Cheerios or Corn Flakes), lower-fat milk and a balanced third meal will likely be a step up from what they were eating before jumping on the cereal diet," Lewis explains.

What's more, the immediate weight loss might make you eager to establish a more sustainable, healthier diet to avoid re-gaining that weight back. "If someone sees weight loss or feels physical and mental improvements initially on the cereal diet, they may be more likely to stick with a healthier eating plan," Lewis says.

"I really don't advocate that people follow this diet, since it takes the emphasis away from eating more whole and unprocessed foods."

The diet is technically safe for most healthy people. The issue, though? "It may be easy to do this for a few days, since it takes the guesswork out of what to eat, but as time goes on, the body and your mind will likely feel deprived and you'll be more likely to have intense cravings and overeat later on," says Jones.

"Oftentimes, these [restrictive diets] can result in short-term weight loss of a couple of pounds, but long-term it tends to come back on," she adds.

Lewis also points out that you might become malnourished in the longer term. "The cereal diet should not be followed in the long term as for most, it will be too low in calories and essential nutrients (depending on the cereal and milk chosen, as well as the serving size)," she says.

Plus, it's not sustainable for social dining, either, which can lead to resentment and frustration. Imagine maintaining this eating approach on vacation or during the holidays. (And would you really want to?)

"Enjoyment should always be factored into an eating plan. Not only does enjoyment impact the sustainability of the plan, but it's important to enjoy what you're eating simply because life is too short to not enjoy your food," Lewis says. If you love cereal and milk, sure, you might like this diet! But you're probably going to start to get sick of it as the weeks go on.

Plus, it's not a great diet if you want to gain muscle and keep up your immunity. "You'll be eating less protein, which is important not only for maintaining muscle, but also for immune system function, mood and satiety, so you may feel less satisfied after eating and more hungry soon after meals," says Jones. It could mess with your focus and productivity during the day if you feel too mentally drained or physically fatigued to function.

A bigger, more serious drawback would be for those with medical conditions where diet can have an immediate negative affect on health. If you have diabetes or blood sugar conditions, for example, Lewis recommends discussing this diet with a physician and registered dietitian first.

How to Get It Right

"I really don't advocate that people follow this diet, since it takes the emphasis away from eating more whole and unprocessed foods," says Jones.

If you decide to give this diet a go, though, here are a few tips to make sure you're being safe and healthy in the process.

Go with good cereal options that are high in essential nutrients, as well as protein and fiber, and are low in sugar. Lewis recommends the following:

What's not on the list? Special K. "I definitely don't recommend special K! That is just where this diet came from," says Jones.

If you're choosing cereal for a meal, Jones recommends a minimum of 5 grams of protein per serving as well as 3 to 5 grams of fiber. And she suggests topping it with fresh fruit and either nuts or seeds to boost the nutritional value. "It's also important to use either dairy milk, soy milk or a pea protein-fortified milk over almond and other nut milks so that enough protein is added," she says.

Read more: How to Find the Best Milk Alternative for Your Nutrition Goals

Make sure your non-cereal meal is loaded with high-quality lean protein, healthy fats and other nourishing foods you need for fuel. "Maximize your third meal with bright and colorful fruits and vegetables, spices, seasonings and healthful foods you truly love and enjoy," says Lewis. Make this a fun and different meal you look forward to each evening! And one that's healthy, too — so don't make it greasy fried chicken and buttery mashed potatoes.

Pick a serving size based on your body's needs, your activity level, your height, weight, sex and more specifics that go into however many calories you need to lose weight but also be nourished for the day, says Lewis. You can speak to a dietitian who will help you figure out the best serving size for you.

Also, take advantage of meal prep, since you know what you're eating, and you'll want to make sure you don't just start dumping in cereal from the box into the bowl. Measuring out portions is key. "It might be helpful to pre-bag your serving size for cereal so you're less tempted to overdo it," says Lewis.

Stick to a Short Timeframe — and Listen to Your Body

Treat this diet as the short-term plan it's meant to be. "Use the cereal diet as a kick-off to a healthier you by following this eating plan for two weeks or less and then transitioning to a more sustainable plan that is more normalized to a level of energy (food) that meets your body's needs," Lewis says.

Lastly, listen to your body. "If you're feeling faint, light-headed, excessively hungry, moody, etc, stop this diet and instead eat more of the foods you were incorporating for your more balanced third meal (fruits, veggies, lean proteins, whole grains) during the day," says Lewis.

In short: If this diet doesn't work for you, don't force it.

How Much Weight Can You Lose When Doing the Special K Challenge?

Can You Lose Weight Just by Eating Cereal Only?

Is Eating Cereal at Night Healthy?

Is Fiber One a Healthy Cereal?