Do These 7 Things Every Morning to Lose More Weight 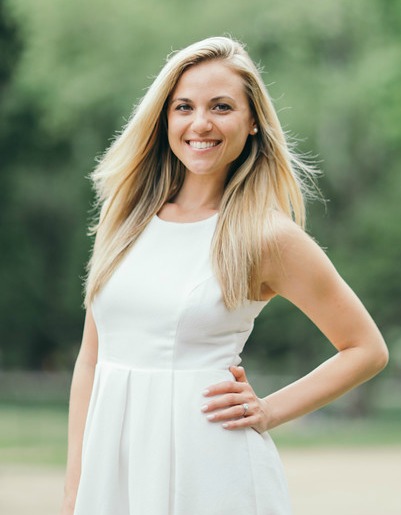 Jenn Sinrich is an experienced writer, digital and social editor and content strategist in Boston, Massachusetts. In addition to HealthyWay, she’s written for several publications including SELF, Women’s Health, Martha Stewart Weddings, Reader’s Digest, PureWow, and many more. She covers various topics, from health and fitness to love and sex. After a decade-long career in New York City working in the magazine industry and at a myriad of digital publications, Jenn returned to her hometown just north of Boston to pursue a freelancing full-time. When she’s not busy writing, editing or reading, she’s traveling, running and enjoying the simple things in life with her husband Dan and two feline friends, Janis and Jimi.

If you're trying to lose weight, decisions you make around food and exercise throughout the day matter. But there are a few specific morning rituals that can really set you up for success.

Waking up earlier to fit in a workout followed by a hearty breakfast can help you lose weight.
Credit: Dash/Adobe Stock

As it turns out, there's a whole lot of research to back up the old saying "the early bird gets the worm." Not only do morning people tend to be happier, according to a June 2012 study published in the journal Emotion, and may potentially live longer, according to another paper published April 2018 in Chronobiology International, but they may also be thinner as well. Makes you rethink whether your boss is crazy for working out every morning at 5 a.m. after all, right?

Indeed, the most successful clients Roger Adams, PhD, CISSN, the Houston-based founder of Eat Right Fitness, has seen over his 20-plus-year career have been those who worked out in the morning before anything else could affect their schedule.

"Simply getting up early and planning your day leads to not only more productivity, but gives you a better handle on any potential roadblocks or hurdles that may interfere with your diet and exercise routines," he tells LIVESTRONG.com. "Making the most of your mornings helps you stay in more of a 'proactive' mode and less of a 'reactive' mode, which naturally leads to more successful weight-loss efforts."

There's more proof to this approach: An April 2014 study published in PLoS One linked exposure to morning light with a lower body mass index (BMI) than exposure to light later in the day.

Did you know that keeping a food diary is one of the most effective ways to manage your weight? Download the MyPlate app to easily track calories, stay focused, and achieve your goals!

If that's not enough incentive to set your alarm for an hour or two earlier, these nutritionist-approved morning rituals for weight loss may do the trick.

If you already know the importance of a hearty breakfast, you're on the right track. But you should also make sure your breakfast is filled with an optimal amount of protein.

Your body takes longer to digest this macronutrient than carbohydrates or fat, so high-protein meals keep you satisfied for several hours, explains Adams. Protein helps with appetite control as well as blood sugar balance.

For optimal fullness and muscle-building benefits, strive to get 25 to 30 grams of protein at breakfast from eggs, plain Greek yogurt, nut butters or lean chicken or turkey sausage.

2. Enjoy That Cup of Coffee

Caffeine may actually give your morning routine a fat-burning boost. One study, published June 2019 in the journal Scientific Reports, found that drinking one cup of coffee was enough to stimulate "brown fat," also known as brown adipose tissue or BAT, which plays a role in helping the body burn calories more quickly.

What's more: Adams points out that having a boost of caffeine in the morning also comes with the added bonus of giving you better focus for your morning workout.

Read more: 9 Ways You're Doing Coffee All Wrong — and How to Get It Right

3. Get Your Workout On

Though hitting the snooze button is probably more tempting than a workout first thing in the morning, research shows that a.m. exercise might help you lose weight.

When researchers from Tehran University examined the effects of morning or evening aerobic exercise, they found that getting moving early led to lower caloric intake later in the day, as well as a more significant change in body weight, BMI, abdominal skin fold thickness and abdominal circumference. They published their findings in the June 2017 issue of Clinical Obesity.

"In short, exercising in the morning appears to have a more substantial effect on appetite control, caloric intake and weight loss," says Adams.

4. Walk as Much of Your Commute as Possible

Sneaking in some outdoor movement — even just a few minutes of walking — early in the morning can be beneficial for another reason.

"Morning light wavelengths have been shown to alter the levels of the satiety hormones leptin and ghrelin and to modulate body fat," Kristin Koskinen, RDN, a dietitian based in Richland, Washington, tells LIVESTRONG.com.

In fact, the April 2014 study in PLoS One found that changes in the timing of light exposure may increase metabolism and enhance weight regulation.

Bonus: Spending time outdoors in the morning will also increase your exposure to vitamin D, a nutrient most Americans are lacking_._

Read more: 10 Creative Hacks to Cut Down on Your Sitting Time

5. Set Your Intentions for the Day

There are a number of ways you can benefit from practicing mindfulness, or regularly checking in with your emotions, thoughts, feelings and sensations in an attempt to reach a state of awareness.

According to the American Psychological Association, mindfulness can relieve stress, boost memory, enhance focus and lead to relationship satisfaction. Another benefit? You guessed it — it may help you lose weight. One study, published April 2014 in Eating Behaviors, found that mindfulness training was able to decrease both emotional eating and binge eating.

"Mindfulness doesn't need to take a long time or require the perfect setting," says Frances Largeman-Roth, RDN, a Brooklyn-based nutrition and wellness expert and author of Eating in Color. "If you have five minutes and a quiet spot, you can use that time to be mindful of your thoughts and feelings."

6. Sleep In if You Need More Zzzs

Most of us know that a good night's sleep is important for overall wellness, but a whopping one-third of American adults aren't snoozing long enough, according to the Centers for Disease Control and Prevention.

In addition to boosting your health, getting the recommended seven to nine hours of sleep each night may also help you lose weight, according to a study published February 2019 in Current Biology, which linked sleep deprivation to an increase in snacking after dinner and weight gain.

The takeaway? "Waking up too early to get a jumpstart on the day may cut into precious sleep hours," warns Natalie Rizzo.RD, a New York City-based dietitian. So if you're planning to get up at the crack of dawn, make sure to adjust your bedtime accordingly.

Dieters who weigh themselves daily lose about three times more weight and body fat compared with people who weight themselves less frequently, says a study published April 2016 in the Journal of the Academy of Nutrition and Dietetics.

The best time of day to step on the scale is immediately after getting up and going to the bathroom — either in the buff or in the same amount of clothing each morning, to get the most accurate results.

Morning vs. Evening Workouts: What's Best for Your Goals?

8 Simple Habits for Weight Loss to Do Before Bed

How Is Breakfast Important for Memory & Concentration?

7 Workout Tips for Your Best Night of Sleep Ever

What Are the Benefits of Lifting Weights at Night?