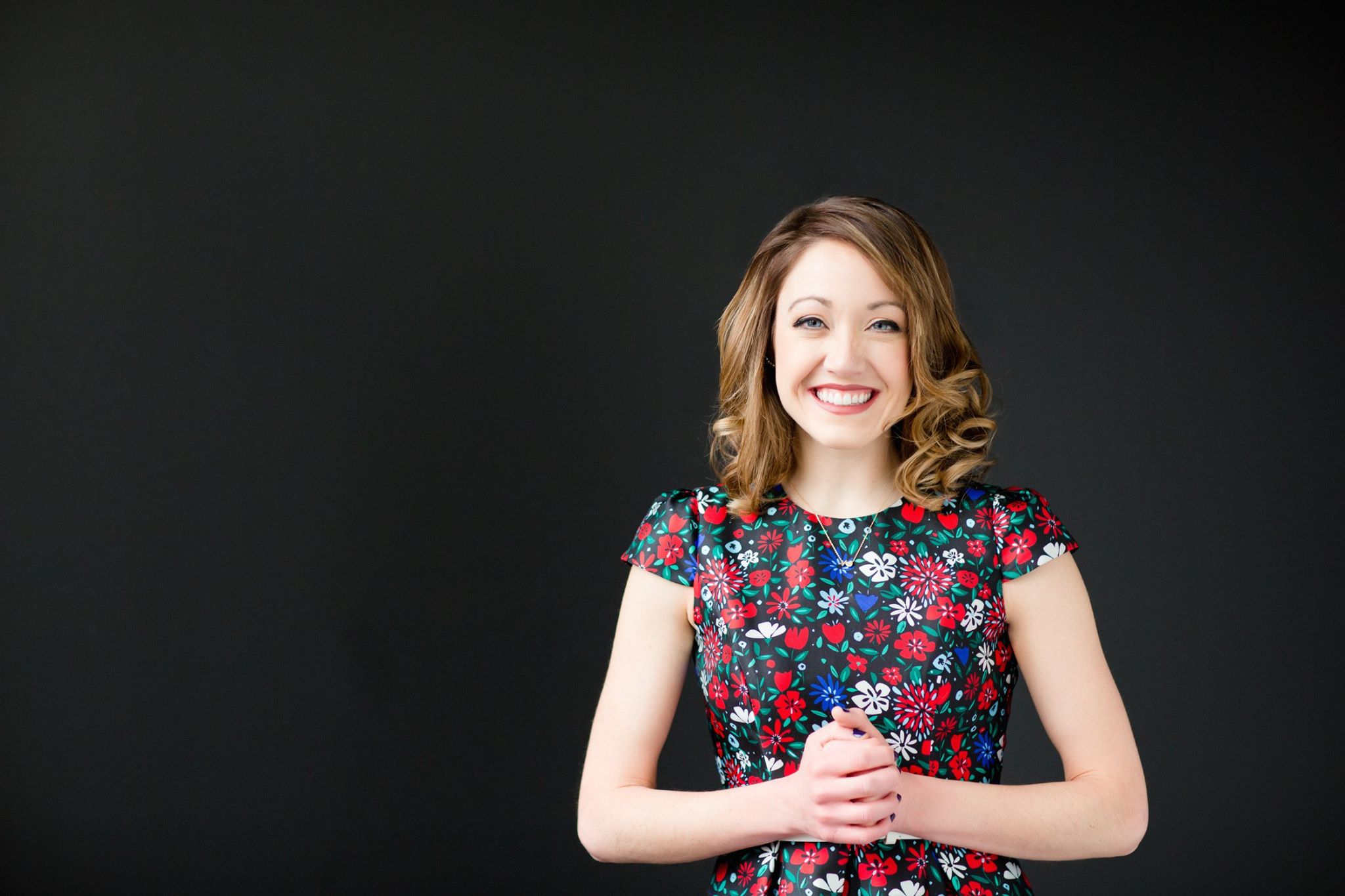 Karla Walsh is a Des Moines, Iowa-based freelance writer, SEO and social media consultant, restaurant brand manager, certified spin instructor and level one sommelier who balances her love of food and drink with her passion for fitness. (Or tries to, at least!) She focuses on food, fitness, psychology, relationship and travel topics and her writing has been published in Runner’s World, Better Homes & Gardens and Fitness Magazines. You can also find her work on Shape.com, EatThis.com, WomensHealthMag.com, CookingLight.com, BHG.com, EatingWell.com and more.

Stroll through the refrigerator aisle at your supermarket and you'll likely spot far more options than just margarine and butter. Echoing the explosion of plant-based meat substitutes, the plant-based butter market is spreading. (Sorry, we couldn't resist.)

Vegan butter seems like a healthier alternative to dairy butter, but it could pack just as much saturated fat as the real thing.
Credit: seb_ra/iStock/GettyImages

That's why we spoke to dietitians to determine if vegan butter is worth a try — or if they are a big, fat flop.

What Is Vegan Butter and What's it Made Of?

Sold in either sticks or tubs, just like dairy-based butter, these fat sources are made with olive, palm kernel, coconut and/or other plant-derived oils instead of churned cream. They generally contain 60 to 100 calories and 6 to 11 grams of fat per tablespoon, compared to traditional butter's 100 calories and 12 grams of fat. So all things considered, the basic macronutrient levels are fairly similar.

Read more: Do 'Lactose-Free' and 'Dairy-Free' Mean the Same Thing?

In terms of popular food trends as of late, there are two main reasons why "plant-based" seems to be the new "gluten-free," says Rachel Fine, RD, a registered dietitian and owner of the nutrition counseling firm To The Pointe Nutrition.

"An overall shift towards plant-based foods is appealing from both a nutritional and environmental standpoint. Nutritionally, the saturated fat concern from animal-based protein is well-known. From an environmental standpoint, we are learning more by the year about the impact from excessive carbon emissions resulting from a primarily meat-based western diet," she says.

Since producing plant oils doesn't require any cows, opting for plant-based butter might slightly reduce your overall environmental footprint. Worth noting, however: Palm kernel and coconut oil have also been linked to deforestation, which spells out bad news for animals that call tropical climates home.

Michelle Hyman, RD, CDN, a registered dietitian at Simple Solutions Weight Loss, agrees: "I believe it's a combination of people being more aware of the environmental, ethical and health impact of our food choices, including the way our food is obtained," she says.

Suzanne Dixon, RD, a registered dietitian and epidemiologist with Cambia Health Solutions in Portland, Oregon, explains that on a per-calorie and per-gram of protein basis, animal-based foods require much more energy to produce.

"Just eating the plant — instead of feeding the animal plants then eating the animal — cuts a lot of waste from the system," she says. "In the case of ruminants [like cows], these animals produce methane that is released into the atmosphere. Plus, we also treat them with antibiotics and pesticides to protect them from pests."

Since producing plant oils doesn't require any cows, opting for plant-based butter might slightly reduce your overall environmental footprint. Worth noting, however: Palm kernel and coconut oil have also been linked to deforestation, which spells out bad news for animals that call tropical climates home, Dixon says.

Diving into the nutrition aspect of plant-based diets' popularity, a systematic review and meta-analysis published in JAMA Internal Medicine is just the latest in a long line of studies showing the positive health benefits of plant-based eating, Dixon says. The researchers observed that a healthy, plant-based diet including fruits, vegetables, whole grains, legumes and nuts reduced the risk of diabetes significantly.

So, Are Plant-Based Butters Healthier Than Real Butter?

The answer to this question really depends on the person's diet, Hyman admits.

"If someone is on a mission to improve their cholesterol levels and their diet is already excessive in saturated fats, I'd recommend one of the plant-based options that's lower in saturated fat," she says.

But if you eat a fairly nutritious diet that's relatively low in saturated fat and your cholesterol levels fall within a normal range, "eating regular butter occasionally in small amounts is not of great concern. Regardless of what type of fat you choose, portion control is important," Hyman adds.

Fine says that the ideal diet, in her perspective, includes everything in moderation — "but from a nutritional standpoint, I stand behind real butter! The nostalgic satisfaction of spreading butter on your toast will satisfy you tremendously, which can further enable you to mindfully eat and sense your internal cues of fullness and satisfaction. I do encourage that we increase the amount of plant-based foods in our diet, but prefer minimally-processed ones, she says.

Usually, saturated fat is found in animal products, but two exceptions are coconut and palm oils (two plant-based oils that vegan butters are often made of). Whether saturated fat from animal or plant products have the same cardiovascular effects remains a topic of great debate.

"Consumers should be aware that these plant-based options have been around for decades under a different disguise: margarine," Fine says. The blend of vegetable oils may have changed, but the concept is the same. Today, she explains, the majority of oil used is palm oil, which has about the same amount of saturated fat as actual butter per tablespoon.

"Usually, saturated fat is found in animal products, but two exceptions are coconut and palm oils (two plant-based oils that vegan butters are often made of). Whether saturated fat from animal or plant products have the same cardiovascular effects remains a topic of great debate," Hyman says.

One thing we do know, though: Unlike saturated fats, which are linked to heart disease, monounsaturated fats can help reduce your levels of harmful LDL cholesterol, which can lower your risk of heart disease and stroke, per the American Heart Association.

That's why eating plenty of food sources of these fats — in as close to their original form as possible — is your heart-healthiest route. Natural peanut butter, mashed avocado and olive oil are among Hyman's naturally vegan, monounsaturated-fat favorites.

Plant-based butters can be a good alternative to butter for people looking to reduce their intake of dairy whether it be for cholesterol-lowering reasons or because they want to switch to a plant-forward diet. However, read nutrition labels to make sure your vegan butter is lower in saturated fat than butter if heart health is your concern.

Read more: How to Replace Butter With Vegetable Oil for Heart-Healthier Recipes

I’m Intrigued — What Vegan Butter Brands Can I Try?

All that being said, if you're still considering swapping your spreads, the following plant-based substitutes — and more — are currently available at select supermarkets or online.

This vegan butter tastes like the real thing yet is made with rich coconut oil and cashew cream for an indulgent flavor. One tablespoon packs in 90 calories and 8 grams of saturated fat, so limit your intake if you're looking to lower your cholesterol levels.

This creamy pick is made with lima beans and packs in a bit fewer calories and grams of fat. One tablespoon delivers 60 cals and 5 grams of saturated fat.

Country Crock is known for its spreadable butter and this pick is no exception. It's great for cooking, baking and spreading — however, it does contain some palm oil. One tablespoon delivers 100 calories and 4 grams of saturated fat.

4. I Can't Believe It's Not Butter It's Vegan

I Can't Believe It's Not Butter It's Vegan boasts a low calorie and fat content.
Credit: LIVESTRONG.com Creative

This vegan pick packs in just 60 calories and 2 grams of saturated fat per tablespoon — the lowest calorie and fat content of the butter bunch. However, it does contain palm oil, which knocked it down on our list.

7 Myths About Dietary Fats You Should Stop Believing Right Now