Ready to Adopt a Mediterranean Diet? Start With This 7-Day Meal Plan

Bonnie Taub-Dix, MA, RDN, CDN is the award-winning author of “Read It Before You Eat It – Taking You from Label to Table” and creator of BetterThanDieting.com. She is Owner of BTD Nutrition Consultants, LLC, with offices on Long Island and in NYC. Bonnie is a media personality, media trainer, spokesperson, motivational speaker, journalist and brand consultant and her stories and thousands of quotes have appeared on a range of media platforms, including TODAY.com, Everyday Health, INSIDER, Huffington Post and Oprah. She is know for giving guidance without gimmicks. As a mom of three, Bonnie shares her knowledge in the kitchen by setting an example when setting her table to show nutritious and delicious can exist on the same plate. Follow her on Twitter: @eatsmartbd, FB: http://facebook.com/BonnieTaubDix.RDN, Instagram: @Bonnietaubdix and @BTDmedia , LinkedIn: https://www.linkedin.com/in/bonnietaubdix/, Pinterest: http://pinterest.com/bonnietaubdix/ Weekly News Digest: buff.ly/2HiRV3Z
Connect on LinkedIn
Meet All of Our Experts

Kelsey Casselbury is a freelance writer and editor based in central Maryland. Her clients have included Livestrong, School Nutrition magazine, What's Up? Media, American Academy of Clinical Chemistry, SmartBrief and more. She has a formal education in personal training/nutrition and a bachelor's degree in journalism from The Pennsylvania State University.
Connect on LinkedIn
View Work
Expand
Salmon is the cornerstone of a Mediterranean diet because it's chock-full of heart-healthy omega-3s.
Image Credit: Ekaterina Smirnova/Moment/GettyImages

The Mediterranean diet is more than a meal plan, it's a lifestyle — at least, that's the opinion of registered dietitian Stefanie Dove, RD, who enthusiastically recommends it as a smart and healthful way to go about choosing the food you eat.

Here's what to know about this much-lauded diet, plus an easy and tasty seven-day meal plan to get you started.

What Is the Mediterranean Diet All About?

Indeed, a December 2019 study found that participants on the Mediterranean diet were able to follow it more closely and stick with it for a year than those trying intermittent fasting and paleo, per research in The American Journal of Clinical Nutrition.

"The Mediterranean diet does not eliminate food groups, which is important. All food groups are vital for health and wellness."

"These are general guidelines for overall good health, so as a dietitian, I always favor those plans that promote balance," Dove tells LIVESTRONG.com.

"The Mediterranean diet does not eliminate food groups, which is important. All food groups are vital for health and wellness."

Benefits of the Mediterranean Diet

Although this style of eating could be higher in overall fat than a healthy diet promoted by the AHA, people who follow a Mediterranean diet actually eat less saturated fat than those who adhere to the average American diet.

Additionally, both heart disease and death rates are lower in Mediterranean countries than in the U.S., although that could be attributed to other lifestyle factors, such as physical activity, the AHA states.

The heart health benefits of the Mediterranean diet have been widely researched and that's what this eating plan is most praised for.

11 Simple Ways to Keep Your Heart Healthy and Strong

A significant study of more than 7,400 people found that sticking to a Mediterranean diet that included olive oil or nuts is linked to a reduced risk for heart attack, stroke and heart-related death by about 30 percent compared to a low-fat diet, per April 2013 research in The New England Journal of Medicine found.

Although there were flaws in the initial analysis of the study, a second examination of the results in 2018 confirmed these findings, according to the American College of Cardiology.

And an April 2020 meta-analysis in The BMJ that reviewed 121 randomized trials found that the Med diet was the only diet that continued to improve cardiovascular risk factors (i.e. blood pressure and cholesterol) in the long term (past 12 months). It also found that the diet was effective for weight loss.

That's not all: The Med diet was associated with a lower risk of cognitive impairment in an April 2020 study in Alzheimer's and Dementia that looked at 8,000 participants with and without age-related macular degeneration.

What's more, the Med diet is rich in omega-3 fatty acids, which are found in fatty fish and some seeds such as chia and flax.

Supplementing with omega-3s or eating more fatty fish is tied to lower triglycerides and larger HDL cholesterol particles, which are better at removing unhealthy LDL cholesterol and potentially preventing plaque buildup and heart disease, according to a February 2020 study of 26,034 healthy women in JAHA.

Expand
Fill your plate with plenty of veggies on the Med diet.
Image Credit: Westend61/Westend61/GettyImages

Healthy fats and plant-based foods are the cornerstones of the Mediterranean diet, which also emphasizes eating seafood regularly and poultry, eggs and dairy in moderation.

Key foods for a Mediterranean meal plan, according to the University of Wisconsin, include the following.

Foods to Eat a Lot Of

Foods to Eat in Moderation

10 Mediterranean Diet Staples You Can Get at Costco

The Mediterranean diet doesn't eliminate any particular food group, but it does discourage eating certain ingredients.

For example, red meat such as beef and pork should be rarely eaten on a Mediterranean meal plan, while processed meats such as sausage, bacon and hot dogs should be avoided entirely.

Other ingredients to limit or avoid, according to the Cleveland Clinic, include:

How to Meal Plan for the Mediterranean Diet

Making a meal plan can be overwhelming to a beginner, particularly if you're getting started on a new eating plan such as the Mediterranean diet.

To simplify the process, pick a few recipes that contain fewer than 10 ingredients, Diana Gariglio-Clelland, RD, of Balance One Supplements, tells LIVESTRONG.com.

"The diet emphasizes fresh fruits and vegetables, so eating those items in season will allow consumers to save money at the checkout counter."

"A Pinterest search or just Googling 'easy Mediterranean meals' is the way I do it personally," she says.

Gariglio-Clelland also recommends picking recipes that use the same main ingredient, like focusing on salmon or shrimp recipes during a one-week period, noting that this method saves money because it reduces waste and time spent shopping for several ingredients.

At first glance, a Mediterranean meal plan might seem like it's a budget-buster, but that couldn't be further from the truth, Dove notes.

"The diet emphasizes fresh fruits and vegetables, so eating those items in season will allow consumers to save money at the checkout counter," she says.

"Eating seasonally also encourages you to try new fruits and vegetables they otherwise would have never considered."

"Fish and lean proteins will often be the most expensive items," she admits. But stocking up when the proteins are on sale at your local supermarket and freezing for later is always an option.

Plus, choosing frozen or canned fish or venturing to the nearest wholesale club to purchase bulk packs and individually freezing them can help you save some cash on the proteins, too. "Whether frozen or fresh, both still pack the nutritional punch you need," she says.

How to Meal Plan for Every Diet and Budget

6 Benefits of the Mediterranean Diet — and 2 Drawbacks to Know

A Heart-Healthy Diet Plan for People With Diabetes

Your 4-Week Mediterranean Diet Meal Plan, Curated by a Dietitian-Chef 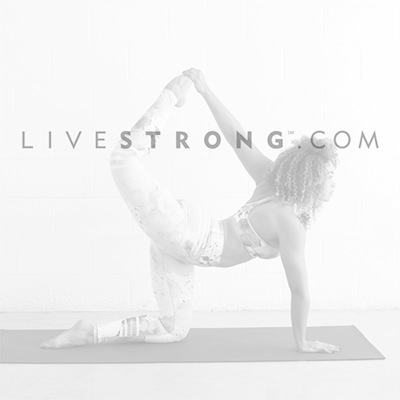 Want to Go Pescatarian? Start With This 7-Day Meal Plan

What Is the Nordic Diet — and Can It Help You Lose Weight?

Paleo Primer: Can the 'Caveman' Diet Help You Lose Weight?

The 13 Healthiest Foods to Eat on a Keto Diet